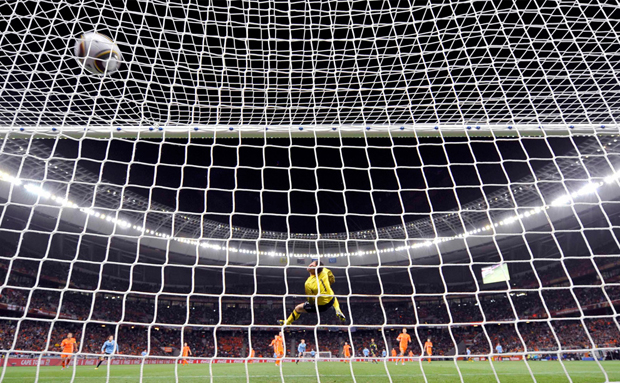 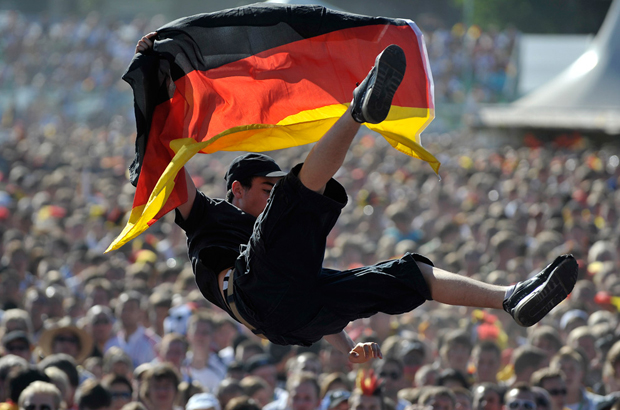 A Germany soccer fan is thrown up in the air during the screening of the 2010 World Cup second round soccer match between Germany and England, in the German city of Hamburg on June 27, 2010. (REUTERS/Morris Mac Matzen) # 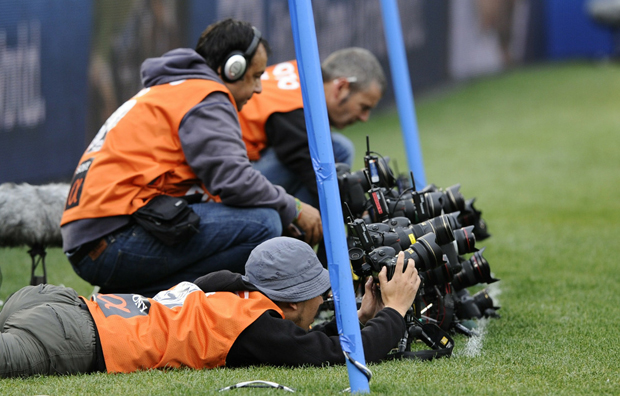 Photographers adjust their remote cameras before the a World Cup Round of 16 match between Paraguay and Japan on June 29, 2010 at Loftus Versfeld Stadium in Pretoria. (JUAN MABROMATA/AFP/Getty Images) #
Quiero una de esas lentes!!!! 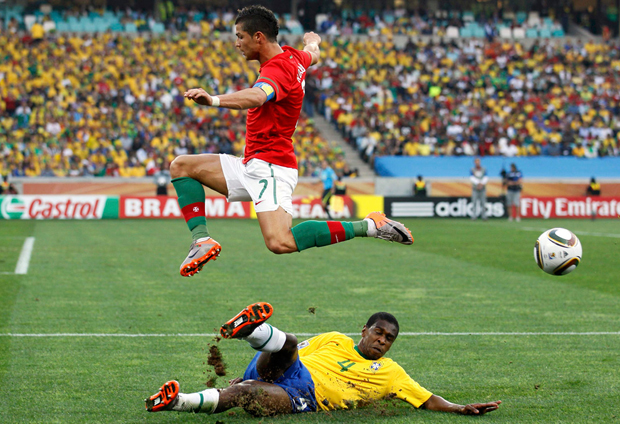 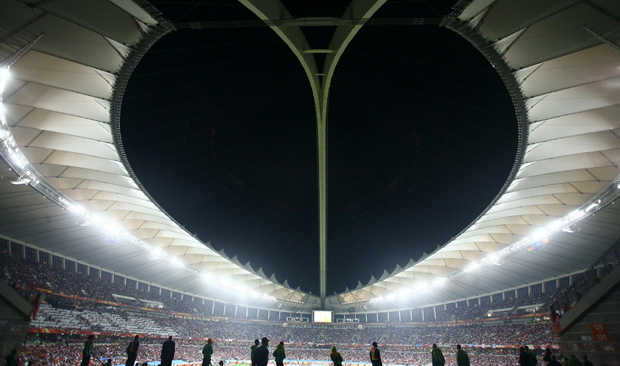 A general view taken from the stands during the 2010 World Cup semi-final football match between Germany and Spain at Moses Mabhida stadium on July 7, 2010 in Durban. (RAJESH JANTILAL/AFP/Getty Images) 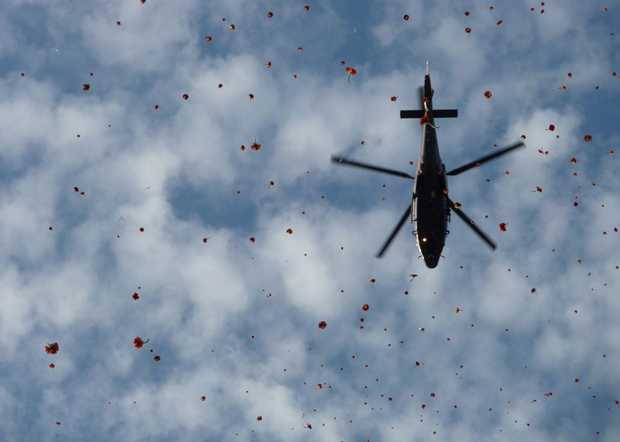 Prior to the World Cup Final, a helicopter dropped orange flowers from the sky above Museumplein in Amsterdam, the Netherlands, where 180,000 Dutch people watched the match. (© Arnoud Ens) 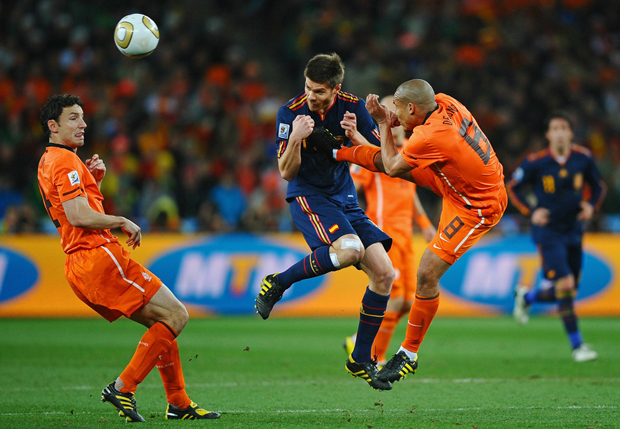 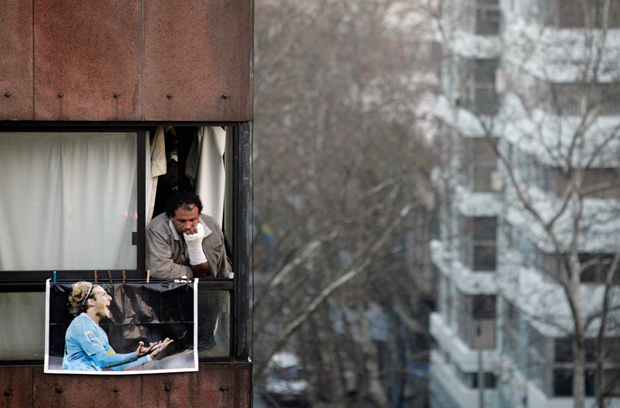 A Uruguayan fan reacts at the window of his apartment with a poster of Uruguay’s national soccer team striker Diego Forlan below, after the World Cup semi-final match between Uruguay and the Netherlands, in Montevideo, Uruguay on July 6, 2010. (REUTERS/Andres Stapff) # 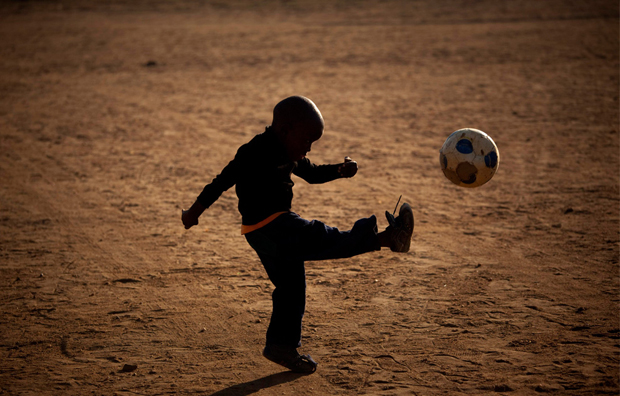 South African Lucas Mahuca, 3, kicks a ball as he plays soccer in a field next to his house in Diepsloot, north of Johannesburg, South Africa. (AP Photo/Emilio Morenatti) 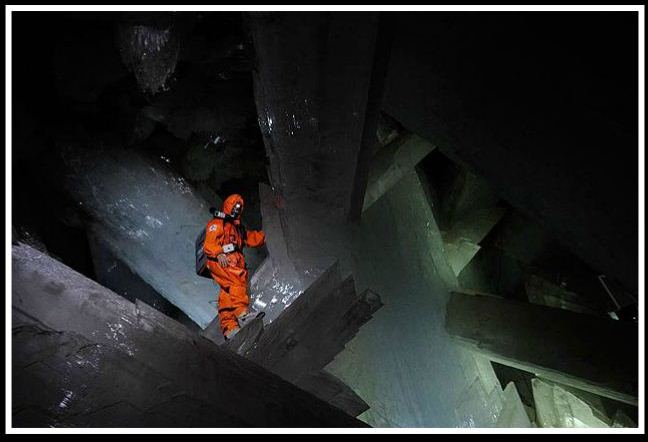